G
Written by Graeme McRae
Updated over a week ago

Block Agreement time entries should not be set Billable. This is due to the Agreement being billed once to the client when the Block has been purchased. 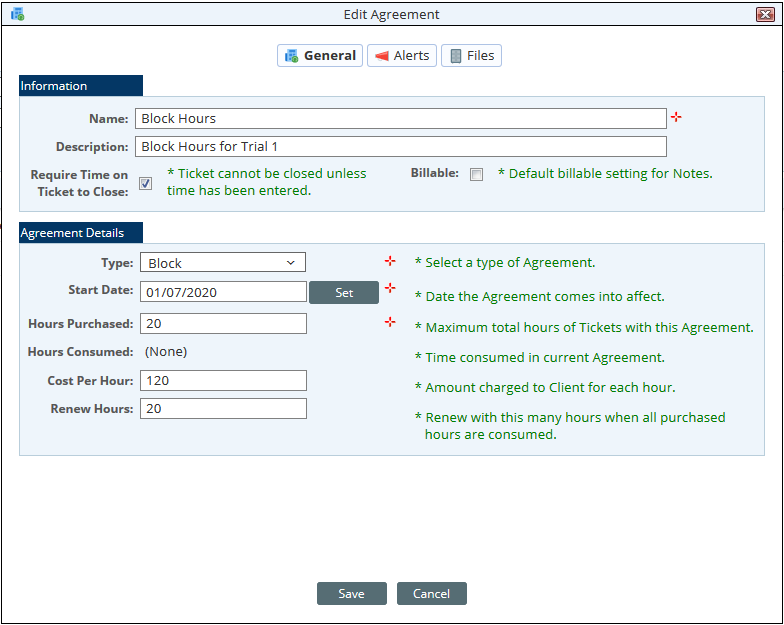 Starts At - The start date of the current Agreement.

Hours Purchased - The number of hours that have been purchased for this Agreement. When all hours are used the Agreement will end or roll over into the Renew Amount.

Hours Consumed - The number of hours that have been used for services against this Agreement.

Cost Per Hour - The default price per hour.

Renew Hours - The number of hours that this Agreement will be renewed for once the Hours Purchased have been consumed.

Only one type of alerts is needed for Block Agreements: An alert for Hours Consumed. When an alert is triggered it will create a sales ticket in Naverisk.

The example below shows Warning, Threat and Failure alerts for 75%, 85% and 95% of the Hours Consumed of the Hours Purchased.

Did this answer your question?